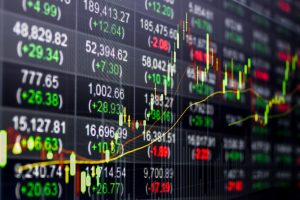 When the plaintiff filed his complaint for divorce in July of 2014, just three of his eight stock awards had fully vested. When considering the division of assets in divorce, the plaintiff’s position was that the stocks which had already vested should be eligible for equitable distribution to his spouse, but not the ones which had not yet vested. The court disagreed. The judge ruled that the defendant could share the stocks which had vested as of the date of filing as well as the awards which would vest after the complaint. END_OF_DOCUMENT_TOKEN_TO_BE_REPLACED

Divorce rarely brings out the best in people, and common sense is often the first attribute to fall by the wayside at the beginning of proceedings. More than one spouse has ended up on the other side, officially divorced and scratching her head, wondering, “What have I done?” You love the house. You worked hard to improve it over the years. Your kids go to school down the street. There may be a lot of reasons you want to hold on to the property. But consider all the pros and cons before you give up everything else in settlement negotiations.

Keeping the House for the Kids’ Sake

Let’s start with your children, the ones who go to school in the district where the marital home is located. Changing schools can be traumatic for a youngster. If you’re sure you can’t relocate to a new home in the same district, this may be a consideration, but it may be less of a concern if your kids attend private school – a move may simply mean you have to drive farther to deliver them and pick them up on schooldays.

Their ages are an important factor as well. Although it may be upsetting for a fifth grader to change schools, the effect on a high school junior may be far worse if moving means he can’t graduate with the same kids he’s gone all through school with. The flip side is that he will most likely fly the nest in a couple of years, going off to college. Do you really want to make a long-term commitment to the property when your primary reason for keeping it is short term? END_OF_DOCUMENT_TOKEN_TO_BE_REPLACED

THRESHOLD ISSUE: IS THE MARITAL RESIDENCE AN ASSET THAT IS SUBJECT TO EQUITABLE DISTRIBUTION?

If the house was purchased before the marriage by one spouse, it may be considered separate property and may be awarded solely to the spouse who purchased it. The reason we have to use the word ‘may’ in this context is that there are special circumstances under which property that would otherwise be considered separate property may become joint property. If there are questions about who the owner(s) of the marital home are, it is best to discuss the issue with an attorney.

OPTIONS FOR DISTRIBUTION OF MARITAL RESIDENCE

Once it is determined that the marital residence is an asset that is subject to equitable distribution, the question becomes how to distribute it. With things like bank accounts it is easy to divide the asset into parts and give some of it to each former spouse. With real property however, it is trickier. Below are three options for the equitable distribution of a marital residence in New Jersey. END_OF_DOCUMENT_TOKEN_TO_BE_REPLACED

Approximately one in three spouses — 31 percent, according to Business Insider — confess to lying to their partners about money. Whether this occurs before or after divorce begins looming on the horizon is unclear, but it’s safe to say that financial trust is not absolute in marriage. You might get away with concealing an asset or income while your marriage is healthy, but your financial dealings will come under a microscope when one spouse files for divorce.

The act of initiating divorce proceedings gives the court jurisdiction over your property. In other words, the judge has the final say regarding what happens to it. Even if you and your spouse reach a property settlement agreement, that agreement must be approved and signed off on by a judge before it is incorporated into a final judgment of divorce.

You might therefore think it’s OK to sweep an asset under the carpet in advance of filing for divorce, before the court takes jurisdiction. This can be a bad idea for a number of reasons. END_OF_DOCUMENT_TOKEN_TO_BE_REPLACED

Retirement assets earned while a couple is married are considered marital assets, and will be divided upon divorce. We often think of retirement accounts as belonging to one spouse only, often because they are derived from a single spouse’s wages and the accounts are in only one spouse’s name. However, the money earned, and thus the retirement assets earned, during the marriage are considered the assets of both of the spouses, and as such they are not necessarily awarded solely to the spouse whose name appears on the account. If the account-holder spouse wishes to keep the retirement asset for him or herself after the divorce, he or she will likely need to agree to award the other spouse an asset or assets of the same value in exchange.

A Qualified Domestic Relations Order (QDRO) is a court order that directs the administrator of retirement accounts to divide the account(s) in question according to a predetermined percentage. The percentage that will be given to the non-account holder spouse may be placed into a new account with the existing company, or placed in another retirement account, such as an IRA. The benefit of using a QDRO is that it makes the transfer of the accounts a tax-free event for both spouses. The QDRO process should take place before the judgment of divorce, but it is often treated as a legal matter separate from the divorce case, so it may not be provided for in the agreement you signed with your divorce attorney. For reasons discussed below, this is not a matter to set aside for after the divorce, as the financial consequences of not ensuring a QDRO is properly executed can be devastating. END_OF_DOCUMENT_TOKEN_TO_BE_REPLACED