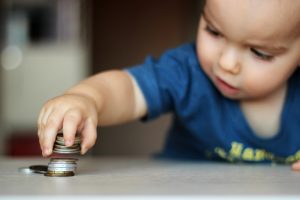 For divorces involving children, a child support order will be part of the final paperwork signed by a judge. In most circumstances, this order requires the non-custodial parent to pay a monthly sum to the parent with whom the children live most of the time. Unless the children are near the age of majority when the divorce takes place, circumstances may eventually change making the original support amount insufficient or impractical.

Support payments in many states may be modified temporarily to accommodate a job loss, injury or illness. However, some states may require the change in circumstances to at least appear to be permanent. A person seeking to modify support in New Jersey must prove the changed circumstances are substantial, unforeseen and permanent.

A substantial change in circumstances exists if the paying parent has another child to whom a duty of support is owed. A significant change in the amount of time a child resides with the paying parent may also suffice. In some states, age by itself is a changed circumstance. Washington’s guidelines increase support for children once they become 12 years old, but a parent must get court approval to obtain the higher amount.

Either parent can request a court review. When the situation involves the paying parent losing a job or taking a job with lower pay, that parent has the incentive to reduce monthly payments. If that parent is promoted to a higher paying job, the parent receiving support will usually be the one seeking to modify support so the child can benefit from increased parental wealth.

Several alternatives can minimize the stress and cost of going to court. Parents can simply agree to change the support amount. For example, if the paying parent is injured or becomes ill requiring an extended period away from work, the receiving parent could agree to accept a lower amount of support during that period with a provision to review the situation in six months. An agreed order would be presented to a judge. Approval of agreed orders is usually granted if they appear reasonable.

Parents can also set support using mediation. Both parents would present financial information to a mutually agreed upon mediator. A mediator cannot decide an issue but can suggest resolutions and offer advice to help the parties resolve the issue. Ultimately, the parents must agree or take the issue to court. Mediation has the benefit of being private compared to a hearing in court where accusations and personal information are shared in public. Mediation is also generally less costly and less stressful compared to litigation in court.

Support modification laws vary by state. Whether seeking higher or lower support payments, consultation with an experienced family law attorney is advised. If you have a New Jersey child support issue, call the Law Offices of Peter Van Aulen at (201) 845-7400 for a consultation.