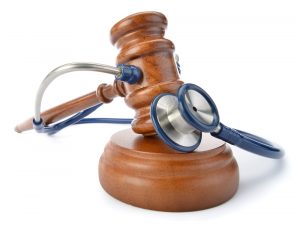 The availability and cost of health insurance for both children and soon-to-be former spouses should be considered in every divorce. Maintaining access to affordable health insurance consistently ranks near the top of consumer concerns. Child support laws vary by state. While every state requires parents to provide health insurance for their children, there is no legal obligation for one spouse to provide insurance coverage for the other spouse following divorce. However, several options exist to help ensure both spouses have adequate health care coverage after a marriage is terminated.

Federal and state laws require parents to maintain health insurance coverage for dependent children. The responsibility to pay for health insurance is often spelled out in a child support order entered at the end of a divorce proceeding. In some cases, both parents will be ordered to provide insurance if it is available at an affordable cost through an employer. Alternatively, one parent may be ordered to provide insurance with the other required to contribute to the cost based on income. If coverage is not available through employment, insurance must be obtained from the private market, Medicaid or the federal Children’s Health Insurance Program.

If both parents are able to obtain insurance, one policy may be designated for primary use with the other policy covering costs not paid by primary coverage. Since the parent who takes a child to the doctor will be expected to pay for services when rendered, parents are often advised to enter into a contract with the doctor that specifically outlines the percentage of co-payments and other uninsured costs for which each parent will be billed and expected to pay. The contract should be signed by both parents.

Some states include a fixed minimal amount for unreimbursed health care costs in the calculation of basic child support. For example, New Jersey’s formula includes up to $250 annually in out-of-pocket medical expenses when calculating a monthly child support amount. Health care costs not covered by insurance and which exceed a state’s minimum amount are typically ordered to be paid by parents based on their share of total net income.

For example, if one parent earns $2,000 per month and the other earns $3,000, total income is $5,000. The parent earning $3,000 would be required to pay 60 percent of unreimbursed medical expenses once the minimum amount is exceeded. This usually includes, deductibles, co-pays and services not covered by insurance.

Can You Keep Spouse on Insurance After Divorce?

Once a divorce becomes final, there is no legal obligation for a former spouse to provide health insurance coverage for his or her former partner. In fact, insurance companies will not allow a former spouse to be covered. For example, if you and your children were covered under your spouse’s health insurance policy, once the divorce is final you will no longer be covered by the policy since, legally, you are no longer part of the family for insurance purposes. This leaves you with the challenge of finding affordable coverage.

Among your options is extending the insurance coverage which existed under the family plan but paying for it as an individual plan. This often referred to as COBRA.  Provisions of a federal law, the Consolidated Omnibus Budget Reconciliation Act (COBRA), apply to businesses that employ at least 20 people. COBRA allows a former spouse to continue with the same coverage enjoyed during the marriage for up to 36 months. The drawback is that you are required to pay for coverage, and, since the employer is no longer paying a portion of your premium, coverage is often costly.

If the former insured spouse worked for a company employing less than 20 people, state law may allow your coverage to be extended similar to what federal law allows but for a shorter period of time. These state laws are often called mini-COBRAs. You would again be solely responsible for premium payments.

Anyone going through divorce should check with a spouse’s health insurance carrier to see if a COBRA option is available and at what cost. Typically, a former spouse has 60 days following the divorce to notify the insurer that COBRA coverage is desired. If nothing else, COBRA coverage will at least keep you insured until you can obtain a less costly alternative.

Other options for insurance coverage may prove more cost effective. If you are employed or plan to enter the workplace, obtaining insurance coverage via an employer-provided policy will usually be less expensive than COBRA coverage.

Buying your own insurance on the private market or through your state’s insurance marketplace may also prove less expensive than COBRA as a result of subsidies provided under the federal Affordable Care Act (ACA), commonly referred to as Obamacare. While insurance providers usually only allow people to buy insurance during limited annual enrollment periods, the ACA permits people who have experienced major life changes, such as divorce, to obtain insurance anytime.

Choosing legal separation rather than divorce provides another option. Entering into a legal separation agreement or obtaining a decree of legal separation in states which provide that option allows couples to remain married while allocating debts and property, providing child and spousal support and establishing residential provision for children just as in a divorce.

Since the parties are still legally married, the insurer may continue to provide coverage under a family policy. Legal separation usually only works well if spouses are cooperative, and neither spouse may remarry since, although separated, they remain married. Persons considering this option should check with the insurer to determine if coverage will be provided during separation.

Future health care coverage for both children and parents should be part of all divorce settlement discussions. Given the potential cost to a soon-to be ex-spouse, this item may be as critical as payment of spousal support. Once the cost of various options have been reviewed, your negotiations should include how insurance coverage will be provided for a period of time and at least partial payment for coverage by your spouse. Include specific terms in the divorce decree. Both parties in a divorce should expect to make some sacrifices, but adequate health insurance should not be one of them. If you have any questions concerning divorce and health insurance, please call (201) 845-7400 and make an appointment for a free initial consultation with the Law Offices Of Peter Van Aulen.