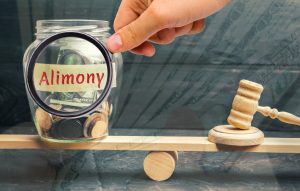 For long-term relationships, the question of alimony in NJ is often hotly contested in a dissolution of marriage case. In a recent New Jersey Case, Bermeo v Bermeo, the court decided whether or not to increase alimony payments after a property settlement agreement.

The parties got married in 1986. Their two children were both adults at the time of the divorce. The parties settled, and the final judgment of divorce incorporated the agreement. The alimony provisions required the defendant to pay plaintiff $4,000.00 each month based on his imputed income of $160,000.00, as well as various percentages of his supplemental compensation, such as bonuses, stock options, and commissions. Notably, the agreement also stated that the parties enter the agreement with the understanding that they will not be able to enjoy a similar lifestyle after the divorce, and waived a determination of the joint marital lifestyle.

The defendant had enjoyed high compensation during the marriage; however, he had received some pay cuts, which he discussed. Additionally, shortly after entry of the divorce, sought new employment for significantly less pay based on anticipated layoffs at his former place of work.

Plaintiff filed for a modification, arguing that she should get $6,000.00 per month due to the defendant’s ‘voluntary underemployment.’ She also argued that the trial court was required to establish the marital lifestyle upon the filing of modification. She claimed that a denial of the modification for an increase was an error because defendant was malfeasant when ‘wantonly  abandoning stable lucrative employment during the divorce proceeding.’ The defendant countered that the plaintiff agreed to this imputed income even though he disclosed his reduced income and that he is actually paying more than his actual income.

Before a court can modify a divorce agreement, there must be a showing of circumstances which have changed and mean the continued enforcement of the decree would be unfair, unjust and inequitable. A hearing will only be given if the person requesting such can show a genuine issue of material fact which would entitle the party to relief, and they must provide appropriate supporting documents and affidavits.

When it comes to overturning a trial court’s decision in a suit to modify alimony in NJ, in addition to the above factors, the court must also find that the trial court clearly  abused its discretion, that the findings were mistaken, or that the determination could not have been reached on credible evidence within the record after looking at everything as a whole.

As to point one, the plaintiff provided no evidence that the defendant was voluntarily underemployed, or that he concealed his true income from her. The appellate court determined that she voluntarily entered into a well-negotiated PSA, and she did not show that she was intoxicated or under duress when she entered into it. The defendant was open and honest about his change in circumstances. The plaintiff could have challenged these assertions at trial, but instead, she agreed to the PSA. There is no legal or equitable basis to modify the judgment as to her first point.

Further, the trial court was under no obligation to address the issue of the marital lifestyle – she had unequivocally agreed to waive the determination of their joint marital lifestyle at the time she signed the PSA. Nothing had been reserved in the PSA for a later determination either. The appellate court emphasized that the plaintiff had been represented by counsel when negotiating the PSA and that she testified that she understood the terms of the agreement. Her argument that her ex-spouse should be earning more because he did so during the marriage carried no weight with the court because she was unable to show the grounds for a modification: substantially changed circumstances.

Finally, the judge declined to change the husband’s imputed income to $220,000.00 because it is a discretionary matter. It requires the trial judge to realistically appraise earning capacity and availability of employment. The defendant showed the court a pay stub which showed his annual income, and the W-2 statement corroborated this amount. The defendant has been complying with the alimony requirements in the PSA, even though he is earning less than the income imputed to him and the court agreed that it would be ‘unthinkable’ to reduce the alimony he is paying because he has failed to earn $160,000.00 since the divorce.

The appellate court relied on both the evidence presented as well as equitable considerations when determining this case. To modify alimony in NJ after a divorce judgment, there needs to be at minimum a substantial change in circumstances. While both parties probably were hoping that the husband would be earning more money in the years following the divorce, the court is without power to make this happen.

This case demonstrates that when parties come to an agreement in divorce, it is loath to modify it just because one party has buyer’s remorse, or has hopes that things might change in the future. The fact that the parties both had experienced legal counsel, and that they knowingly waived their rights at trial further cemented the court’s opinion that parties could not go back or behind the final judgment on a whim.

If you have questions about modifying an award of alimony in NJ, it is crucial to get sound legal advice from a competent family law attorney. Call the law offices of Peter Van Aulen today for a consultation: (201) 845 – 7400.