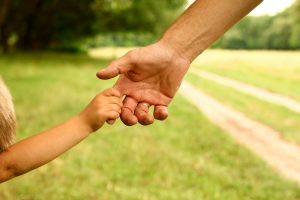 Parents owe a duty to their children to provide financial support. The issue of child support often is a point of contention in divorces and may remain so for years. The person paying support may attempt to reduce or eliminate payments through acts taken in bad faith. Similarly, the person receiving support may take inappropriate action when payments are not received. Here are several actions that responsible parents should and should not take involving the payment of child support.

Don’t quit a job to reduce support payments. Child support payments are based on the income of both parents. Once a support amount is determined, that amount is split in relation to each parent’s percentage of combined income. A vindictive former spouse having sufficient savings will sometimes quit a job or switch to a lower paying job to reduce his or her percentage of total income and, as a result, the support payment. This may simply make financial matters worse, because the desired support reduction may not occur.

The court may impute income to a person who is voluntarily unemployed or underemployed. This means the court can set the income level used to calculate the support payment based on prior wages, work experience and comparable jobs available if the court determines a person intentionally reduced his income to avoid paying support. Someone hoping to reduce a support payment by reducing his net income from $3800 to $2500 may unexpectedly find he will still have to pay support based on the higher income amount but with fewer resources to make the payment.

An involuntary job layoff can provide a legitimate reason to seek a support reduction. However, if you made the decision to quit or change jobs, the court will expect you to provide a legitimate reason why you are earning less than you previously earned. If you don’t have a prior wage history, the court may set a presumed income level based on a statistical table of median income for persons your age or by the applying minimum wage.

Do make partial payments if full payment is not possible. If you are unable to make the full monthly support payment, for whatever reason, pay as much as you can. Partial payment, at least, demonstrates an effort to be responsible and may prove important in court should your ex-spouse bring an action for non-payment.

Don’t ask for joint custody if you don’t intend to follow through. A parent required to pay support will sometimes make a pitch for joint physical custody and argue that, since the parents will share the child equally, no one should pay support to the other. While it’s true that a non-custodial parent will often get a support reduction by having the child reside with him 30-50% of the year, that parent must follow through on the commitment.

Just saying you will take the child 175 nights of the year in order to reduce child support will backfire if you don’t actually have the child as much as promised. What appeared to the court as a beneficial parenting arrangement for the child will quickly be revealed as a self-serving effort to escape paying support if facts don’t live up to promises.

Do keep payment records. Don’t ever pay cash. If you are the one making a payment, use a check or money order, and keep a copy for your records. If you are receiving support, make copies of all checks received before deposit. Arranging for payment to be made through a state’s child support enforcement agency will benefit both parties since records will be maintained by a neutral party.

Don’t withhold visitation for non-payment. Judges will usually find it improper for a custodial parent to prevent a child from having regular contact with the other parent even if that parent falls behind in making support payments. Monetary disputes are between the adults, not the children. Similarly, you shouldn’t involve your child in support issues by badmouthing the other parent or blaming the other parent’s failure to pay as the reason you cannot afford something the child wants. While a non-paying parent may be held in contempt of court for not paying support, a parent who prevents a child from visitation can also be held in contempt. If you are the parent owed money, you should still follow the court’s orders.

Do take action to modify support if financial circumstances change. If you experience a legitimate loss of income through a job layoff, health issues, or other circumstances, contact the support enforcement agency to explain. You may be granted a temporary reduction in support, which will prevent you from falling further behind. If you make payments directly to your ex-spouse, discuss the situation with that person, including an estimate of when you may be able to resume making full payment. If all else fails, file a motion to modify support in court. Don’t delay if this option appears necessary. A court order reducing support will only apply to future payments after a modification has been granted and not to payments which are past due.

Don’t move to another state thinking you can escape paying support. A child support order entered in one state in enforceable in any other state. Moving might make it difficult to find you for a short period, but after being found, you will still owe all the back support. If that amount exceeds $5,000, you may also face federal criminal charges and up to two years in prison if convicted.

Don’t file bankruptcy to eliminate past-due support. Federal law prohibits the discharge of child support debt in bankruptcy. You will still be obligated to pay any past due and future payments. However, filing for bankruptcy may be advisable if it will eliminate other debt and make full payment of your support obligation more manageable for your budget.

Payment of support is intended to allow a child to receive the same benefits he or she would have enjoyed if the family had remained intact. While sending a monthly check may seem a sterile way to demonstrate love for a son or daughter, maintaining regular payment fulfills an important parental obligation and should be a priority for all parents who want the best for their children. If you have any questions about child support in New Jersey, contact the Law Offices of Peter Van Aulen at (201) 845-7400 for a free initial consultation.