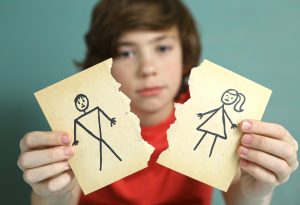 The laws in the 50 states provide for two categories of child custody. These are legal custody and physical custody. Legal custody is defined as the authority of a parent to make major life decisions on behalf of a minor child. Legal custody can be exercised by one parent or shared by both, depending on the agreement of the parties or order of the court. Matters that encompass major life decisions include those related to education, religion, and healthcare.

Physical custody can take a number of different forms, depending on the laws of a particular state. Examples include joint custody in which parents share physical custody of a child, with one parent typically being designated as the primary residential custodian.

Some of the more common types of interference with child custody include:

Remedies for Interference with Child Custody

Motion for sanctions: If custodial interference does continue, the next step is to pursue a motion for sanctions. In other words, a custodial parent seeks enforcement of the exiting custody order and something along the lines of monetary sanctions (including attorney fees) charged to the offending parent.

Motion for contempt: A more severe penalty which can include significant judicial sanctions. A judge even has the authority to jail a person in response to continued failure to follow court orders.

Motion to alter parenting time schedule: If custodial interference persist, a court can reduce the offending parents parenting time or visitation with the child.

Motion to suspend parenting time: If custodial interference continues without abatement despite judicial intervention and the use of other remedies, the offending party’s parenting time can be suspended completely.

Motion to change custody: Finally, if custodial interference carries on in flagrant disregard of standing court orders, the custodial parent can be granted sole custody with no parenting time granted to the offending party.

The need to avoid self-help in the aftermath of custodial interference cannot be stressed enough. The courts are littered with cases in which custodial interference occurred and yet a custodial parent ended up penalized for exercising self-help rather than seeking a judicial remedy. Oftentimes, the wisest course is to seek legal representation to remedy a situation involving custodial interference. If you have any questions concerning child custody in New Jersey, call the Law Offices of Peter Van Aulen at (201) 845-7400 for a consultation.