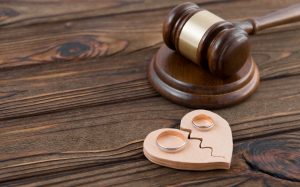 Marriages made for and on TV generally do not last, and one of the most successful media-created marriages will soon come to an end. The Bachelorette Ashley Hebert dated 25 men during the TV series in 2011. In the end, she chose J.P. Rosenbaum, and he proposed to her on the final series episode. In 2012, they were married during a two-hour television special.

In July 2014, they moved from New York to Miami after real estate entrepreneur Rosenbaum received a job offer. The couple has two children. Their son, Fordham, is 6 and a daughter, Essex, recently turned 4.

While the couple stayed out of the spotlight for the most part, in 2017 they appeared on Marriage Boot Camp, another TV reality show. At the time, Rosenbaum said, “We have small issues like every couple has.” Ashley added that the couple agreed to be on the show to improve their relationship “even more.”

They renewed their vows during a trip to Aruba in 2018. In late 2019, Rosenbaum was diagnosed with Guillain-Barre syndrome, an autoimmune disorder that damages nerves causing muscle weakness and, on occasion, paralysis. After months of therapy, he appears to have substantially recovered. END_OF_DOCUMENT_TOKEN_TO_BE_REPLACED