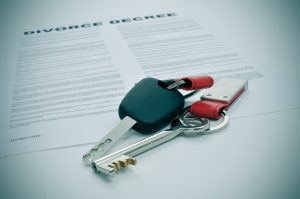 Even a divorce considered “uncontested” has its share of emotions. When the need to prove some sort of fault in order to end a marriage is required, the level of emotions associated with a divorce naturally are apt to amp up.

One of the more important benefits associated with a no-fault divorce is that this type of marriage dissolution case has a greater possibility to be less emotionally charged. Ramped up emotions in a divorce case oftentimes results in parties making decisions based on their passions rather than reflective deliberation. In the end, intelligent, reflective, less emotional decision making in a divorce proceeding is to the ultimate benefit of both spouses.

Crafted to be a Faster Way to Pursue Divorce

Another benefit associated with a no-fault divorce is that not having to cast blame usually permits marriage dissolution proceedings to move along at a faster pace. The bottom line is that no one really wants to divorce case to drag on and on. Even lawyers find extended divorce cases to be frustrating and even problematic.

Very, very few people enter a divorce case unconcerned about the expense of the process. Another benefit associated with no-fault divorce is that it can reduce the costs associated with ending a marriage. For example, because a no-fault divorce is likely to prove to be more efficient, a divorcing couple will spend less money on attorney fees. Other divorce related costs are likely to be reduced as well when the no-fault process is used.

A primary reason why many states elected to develop no-fault divorce schemes in the first instance is the belief that this type of marital dissolution proceeding would prove to be less stressful for the children of a divorcing couple. When emotions between divorcing parents are kept in check, children typically can better navigate not only the process of their parents’ marriage ending but life after a decree is issued by a court as well.