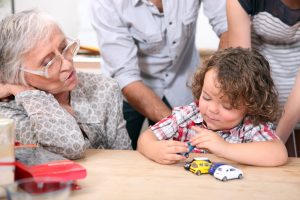 A number of points warrant discussion when considering supervised parenting time. These include:

When an issue arises as to whether parenting time should be supervised, a court applies a judicial standard that focuses on what is in the best interests of a child. Supervised parenting time is instituted when protecting and preserving the best interests of a child necessitates this step, a move that is considered drastic in the grand scheme of things.

When ordered, a court-designated third party is named by the court to be present when a parenting time session occurs between a noncustodial parent and a child. Depending on the specific facts and circumstances in a case, the individual designated to supervise parenting time might be a trusted family member.

In cases in which the situation giving rise to the need for supervised parenting time is more substantial or significant, a professional of some sort might be designated by the court to supervise visitation. In such a scenario, a social worker or similar professional may be called upon to serve this role.

Situations that Give Rise to Need for Parenting Time Supervision

There are instances in which the reason supervised parenting time was imposed doesn’t resolve. One of the most common of these scenarios is one in which a noncustodial parent is laboring under the abuse of or addiction to some type of mind-altering substance.

Suspension of parenting time may not be permanent. With that said, even supervised parenting will not be restored unless and until the reason causing suspension is suitably addressed and rectified.

Situations in which supervised parenting time becomes an issue can represent a legally challenging and emotionally intense state of affairs. As a result, when a move occurs to institute supervised parenting time, a parent involved in such a situation is wise to seek representation from an experienced, skilled child custody attorney. Call the Law Offices of Peter Van Aulen at (201)845-7400 for a consultation concerning parenting time.