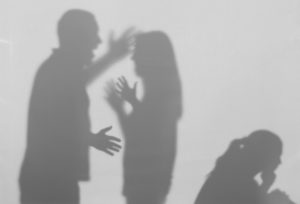 Domestic violence (DV) occurs far too frequently in marriages, among family members and between people in dating relationships.  Lawmakers in many states have increased criminal penalties for DV offenses. Special courts have been established to handle DV-related cases. Judges often receive specialized training to better understand the dynamics of domestic violence and to learn about sentencing options that may prove most effective to reduce the chance of recurrence.

The term “domestic violence” by itself does not describe a crime. The term is a designation attached to a variety of crimes indicating that the relationship between the alleged victim and perpetrator is such that a repeat incident is far more likely to occur than a similar incident between strangers. Relationships which trigger the DV label include spouses, people in dating relationships, family members, relatives, roommates and civil union partners. Even if the incident involves a relationship that no longer exists, such as an incident involving former spouses, the DV tag may apply.

DV crimes include a broad spectrum of behavior that results in physical or emotional harm. Actions that can be labeled as domestic violence range from assaults, stalking and harassment to making threats, intimidation and sexual assault. One of the tools available for victims of domestic violence in every state is a protection or restraining order. Some may question how a piece of paper will make them safer, as there have been news reports of people being hurt or killed by a restrained person after a protection order was obtained. However, in the vast majority of cases protection orders serve their purpose and can help to reduce the fear of possibly experiencing a repeat occurrence. END_OF_DOCUMENT_TOKEN_TO_BE_REPLACED